Nothing beats hearing stories first hand with someone you grew up watching become one of the best athletes of their time. We can arrange for you to have a personal dinner with one of these legends after your duck hunting in Nicaragua. 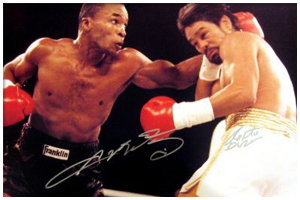 With a professional record of 119 fights, 103 wins with 70 KO and was trained by legendary boxing trainer Ray Arcel.

He is a very down to earth gentleman who is a true pleasure to break bread with and he pulls no punches when it comes to the truth! 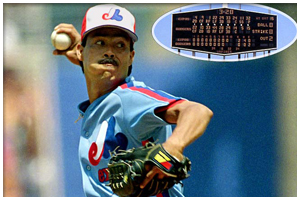 José Dennis Martínez Emilia was born in 1955 in Granada, Nicaragua~ He pitched in the Major Leagues and enjoyed an illustrious 23-year career. Martínez, nicknamed “El Presidente” He was 4-time All-Star, twice won the Cy Young award, Led the majors one year in Wins, ERA and Shutouts among many other milestones.

On July 28, 1991, Martínez pitched the thirteenth perfect game (above picture) in baseball history, pitching for the Montreal Expos against the Los Angeles Dodgers.

Jose is very proud of his Nicaragua heritage and of course is treated like a demi-God there. He would very much enjoy hosting you in some outdoor sporting. Why not enhance your Nicaragua duck hunting experience and grab a front seat to the yesteryear of baseball while sharing stories about some of the other great ones he met along the way.

Simply put; we make people happy. That’s all we care about. We charge a bit more, but we deliver on value in spades. While we may not be a fit for everyone, we’re not trying to be. We hope to have you experience the best sporting adventure Nicaragua can offer and we’ll work hard to make that happen.

Nicaragua Bird Hunting specializes in waterfowl and white wing dove hunting . We are American and Nicaraguan (owned and operated ) with 28 years in serving clients all over the world.